Welcome to the Calgary Italian Sportsmen's Dinner. Calgary's premier sportsmen's dinner where we celebrate everything Italian - food, wine, culture, camaraderie and good times, as well as honouring three high school students of Italian descent who excel in both athletics and academics each with a $5,000.00 scholarship and runners up with $1,000.00 and $500.00.  The Calgary Italian Sportsmen's Dinner has a rich and storied past.  We are a non-profit organization, and since our inception, have relied heavily on volunteerism.  The creation of this dinner dates back to the Spring of 1963 when Luca Carloni, one of the founding fathers of our dinner, called a breakfast meeting inviting prominent individuals in the Italian community.

Join us for the opportunity to support Calgary's Italian heritage and community! 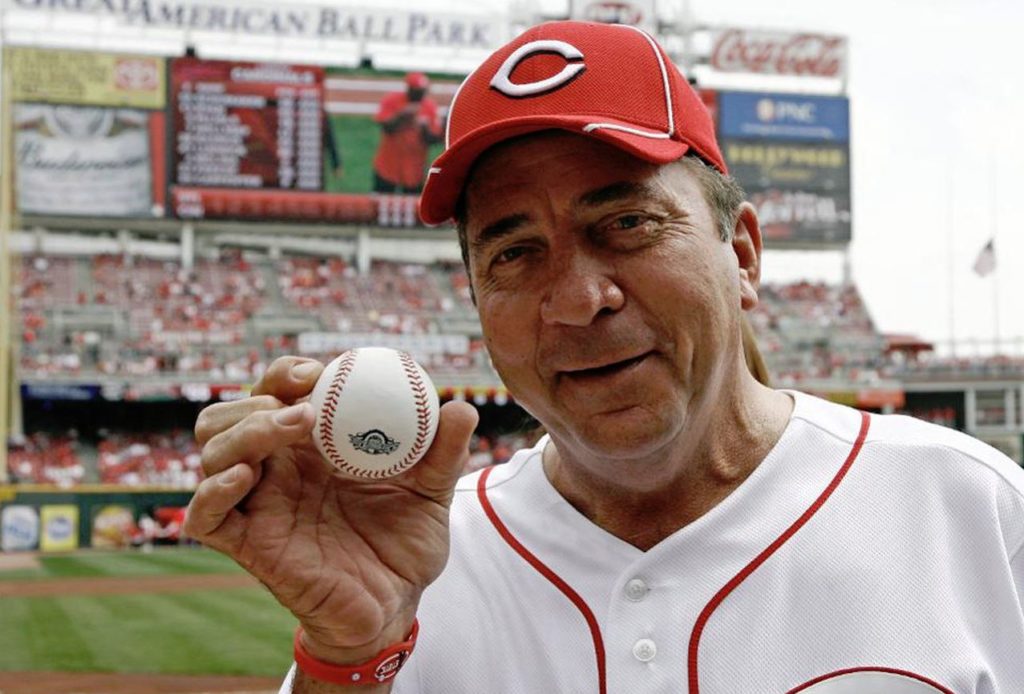 Johnny Bench is considered by many to be the greatest catcher ever in baseball; he is a member of the Baseball Hall of Fame.

He won his first most valuable player award in 1972. His league-leading 45 home runs and 148 RBI helped the Reds to the division title. He came close to duplicating those numbers in 1974, again leading the league with 40 home runs and 125 RBI to win another MVP award as the Reds won another division title. They won the pennant both seasons but lost twice to the Oakland Athletics in the World Series.

In 1974, he led the league in RBI for the third time, with 129. The Reds finally won the World Series in 1975 and they repeated the following year. Bench's offensive numbers weren't nearly as spectacular in those seasons, but he was still clearly the best catcher in the league. In 1977, he was named the All-Star starter for the tenth consecutive year. He won ten Gold Gloves during his career.